10 of the Best Banks in Bangladesh for Freelancer

10 Best Banks in Bangladesh for Freelancer 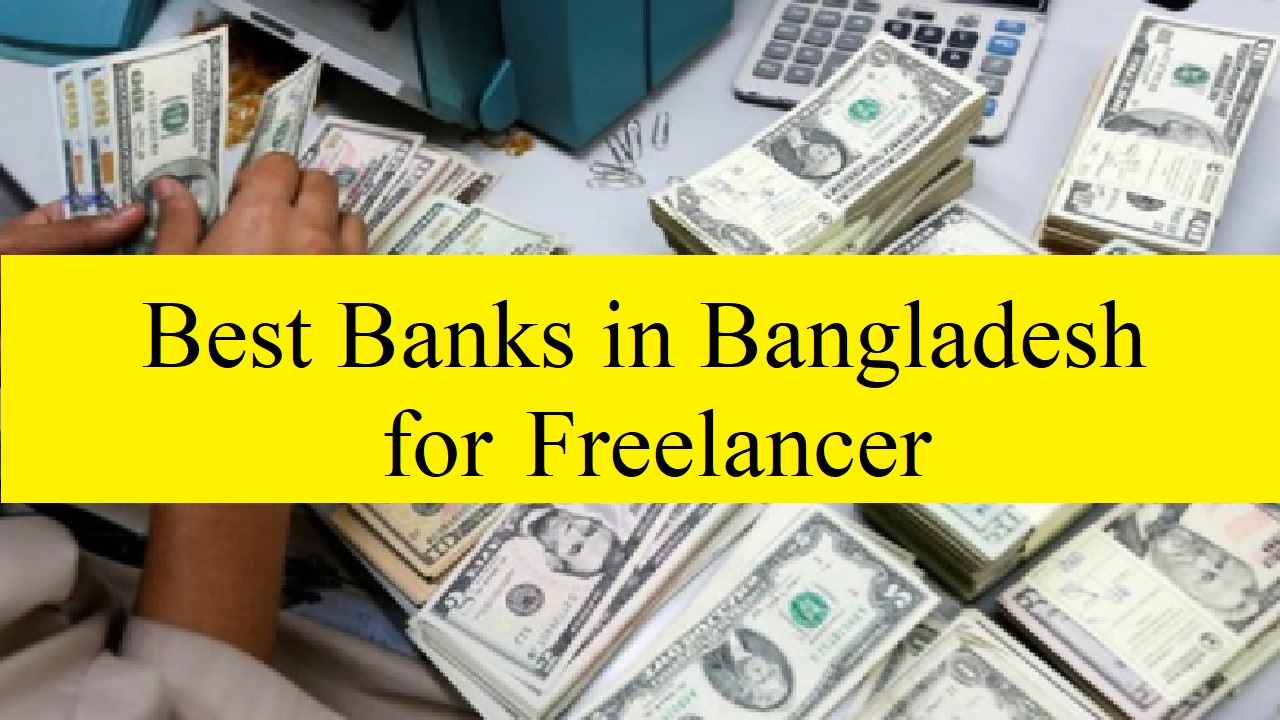 10 Best Banks in Bangladesh for Freelancer

You already know how to send our hard earn freelancing income to Bangladesh as a successful freelancer. Although there are various options available, you should know which the best banks in Bangladesh are for you. For example, we can take Upwork earnings as a case study.

Among the available 4 options, there is a direct transfer to a local bank for Bangladeshi freelancers. Despite each withdraw charge is $0.99, their exchange rate is horrible because they give a very low rate which is 3-4 Taka less than the daily foreign exchange rate in Bangladesh.

In addition, another most critical issue for the Bangladeshi freelancers that they get doesn’t get their payment on time and effectively. As freelancers bear the burden of fees and delays, most of the existing payment services offer no real advantages.

Why Does Need the Best Banks in Bangladesh for Freelancer?

With around 650,000 freelance workers, Bangladesh now contributes about 16.8% to the global labor pool online. Owing to major government support, this is a share that is estimated to increase significantly in the near future.

According to a prediction, Bangladeshi freelancers bring an estimated $200 million a year into the country. Although many had expected that bringing earnings into Bangladesh would become much easier with the recent launch of the PayPal-owned service Xoom, freelancers say it has not been able to achieve the expected result.

As there is not PayPal service, many people often have to resort to other methods such as contacting a local middleman who takes the money into his account and promises to pay the freelancer by cash. However, every time things don’t go right because these people are unreliable and often steal our money and disappear.

What are the Best Banks in Bangladesh for Freelancers?

While withdrawing money through their bank account is that many bank officials are not aware of the concept of freelancing, one of the problems that freelancers often face. That’s why many freelancers often have to resort to other methods such as contacting a local middleman who takes the money into his account and promises to pay the freelancer by cash.

There is another issue as Payoneer supports six currencies only unlike Payza, which supports transactions in taka. Well, let’s know about the best banks in Bangladesh that supports freelancers to take their money at home.

This is good news for the freelancers of Bangladesh that Bank Asia has tied up with a New York-based online payment gateway service provider to help Bangladeshi freelancers receive their payments easily.

A freelancer can receive payment for IT services in his or her e-wallet and then transfer the funds to a local bank account for a cash-in by opening a free account with Payoneer, which is the online payment gateway service provider. The mechanism of the bank is like it will receive the transferred fund in its ‘Nostro account’ from Payoneer and then it will pay the amount to the recipient in Bangladesh. Read also:  10 Student Friendly Banks in Bangladesh

As the Dutch-Bangla Bank is one of the most popular banks in Bangladesh, it’s suitable for all freelancers, students, youths and general peoples. After establishing in 1995, the bank is giving many facilities to the people of Bangladesh. According to a lot of freelancers, DBBL is the best for their money that lets them easily and effectively brings the money at home from abroad.

Although it’s focusing on the small and medium class enterprises, the BRAC Bank is a first growing popular private commercial bank in our country. It has good news for the freelancers who need to solve their issue of bringing money from abroad.

Titling with “making sense of money”, City provides all kind of banking system with internet banking. This is because it’s another good option for home loans. Like a lot of freelancers, City Bank is the best for their money that lets them easily and effectively brings the money at home from abroad.

Although Dhaka Bank is one of the newest banks, it provides good services for freelancers perfectly than many other old banks. This is because a lot of freelancers are using Dhaka Bank and it’s one of the best banks in Bangladesh for the money that lets them easily and effectively brings the money at home from abroad.

This is one of the Bangladesh government-owned banks among four and Sonali Bank is the largest commercial bank in the country. They also have made good services for the freelancers so that they can bring their money home safely. While there are reported some corruptions as the government bank, the bank has some excellent opportunities for small business owners.

This is another good option for the freelancers those who are in trouble with the bank transfer. After establishing in 1995, the Prime Bank manages a highly professional team who is dedicated there service professional in banking. With more than 60 branches, it has achieved the National Awards for Best Published Accounts and Reports in 2002.

While UCB Bank has developed a reputation for being a big bank, it’s willing to work with small businesses. It has made some headlines for the wrong reasons in recent years like other banks. Moreover, it offers services for the freelancers. They help them to bring their money in Bangladesh.

One of the great best banks in Bangladesh recently offers to take the money of the freelancers to Bangladesh. Although Janata Bank was established in 1971, it has more than 844 branches all over the country. Besides, as the bank has a huge demand for the bank, this made it one of the most popular banks in Bangladesh.