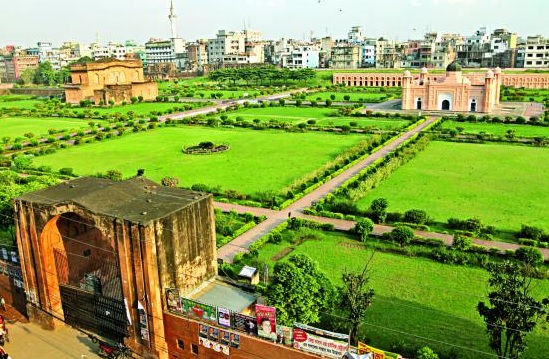 Cox’s Bazar is the world’s longest sea beach situated in Chittagong division. It’s phenomenal long, sandy, natural sea beach has made it one of the most commonly visited tourist destination in Bangladesh. The place is also great for the newly-weds who visit cox’s bazar for their honeymoons.

Kuakata is known as the second largest sea beach after cox’s bazar. It is situated in Potuakhali District. The main attraction of Kuakata is the panoramic view of the beach. This place gives you the feeling of heaven, most peaceful and soothing place on Bangladesh. Birds migrate here in the winter season. Kuakata is also known as the sacred place for the Hindus and Buddhist.

The Boga Lake is situated in Bandarban hill district. The Boga lake is unique lake this is so because it is located 2000 above the sea level. The lake surrounded by mountain peaks which are covered by bamboos. The water in the middle of the mountains changes its color depending on the humidity, temperature, sunlight, and clouds. The river is clear and gorgeous to look at.

Ahsan Manzil is situated at Kumartoli along the banks of Burignaga River, Dhaka. Ahsan Manzil was the palace of the Nawab of Dhaka. Its Construction was started in 1859 and was completed in 1872. Ahsan Manzil is known as the national museum of Bangladesh.

Jaflong is situated in Sylhet and is known as one of the most attractive tourist spots in Bangladesh. Jaflong has the most beautiful tea garden. It is the home of Khasia tribe.

Nilgiri is situated in Thanci Thana. It is one of the most beautiful tourist spots. It is surrounded by clouds, it feels like you are standing among the foams of clouds. Blissful is the one word that describes Nilgiri. It is about 3500 feet high.

Birishiri is situated in Durgapur Upazila of Netrokona District. Birishiri has a white ceramic hill and blue water at the mountain’s valley. The lake was created by digging out China clay.